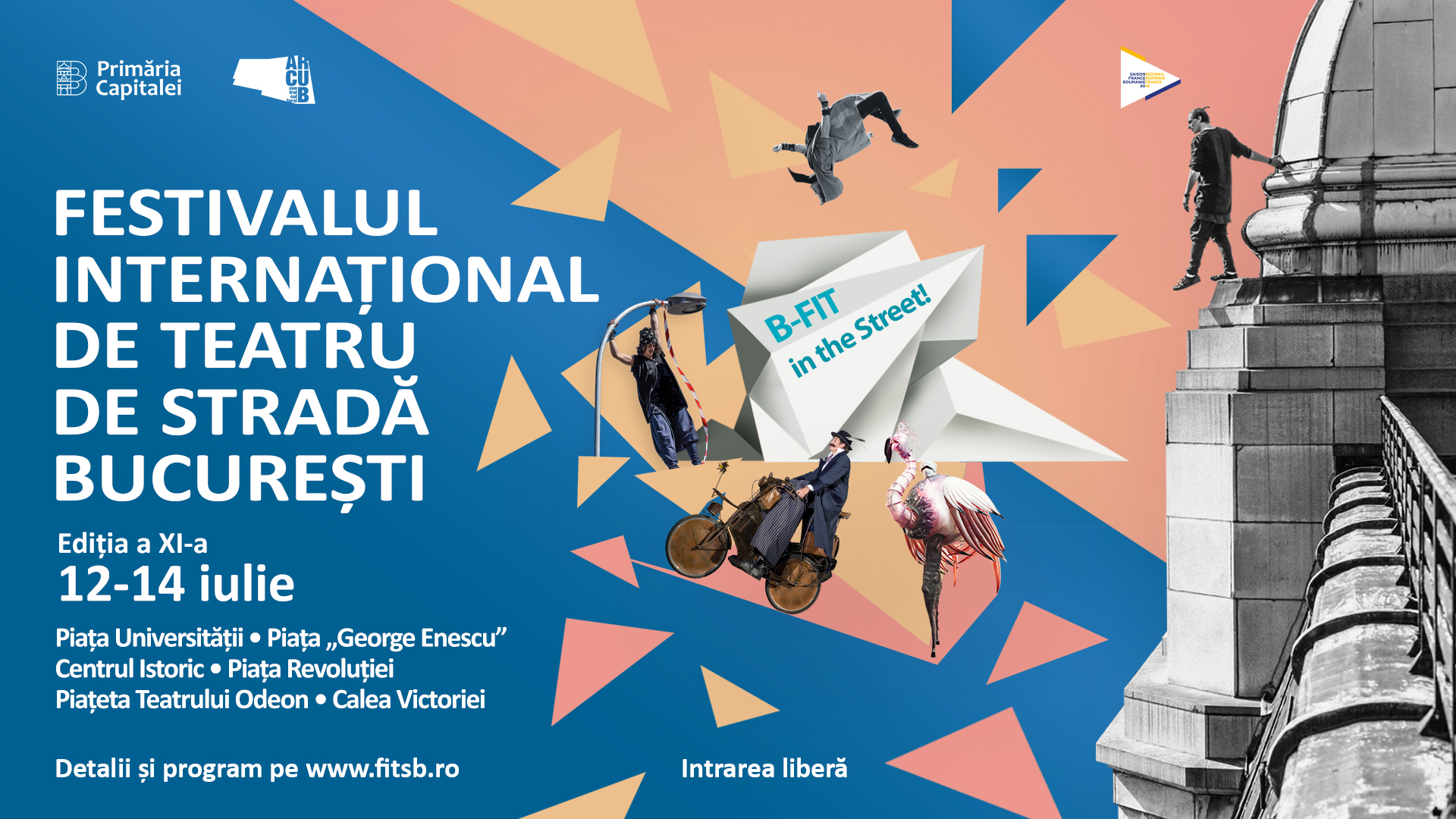 The new edition of the International Street Theater Festival Bucharest – B-FIT in the Street! will take place between the 12thand the 14thof Julyand its program will include award-winning shows, first time in Bucharest street theater companies, and in premiere free-running performances. FITSB is a project of the City Hall of Bucharest via ARCUB, and brings, throughout the three festival days, dozens of street theater performances in downtown Bucharest: the University Square, George Enescu Square, the Revolution Square, Odeon Theater Square, Victory Avenue, as well as in the Old City – Saint Anthony Square, Rome Square, French Street, Lipscani Street, Gabroveni Street.

During the eleventh edition of FITSB, more than two hundred artistsfrom France, Romania, Italy, Holland, the Great Britain, Spain, Germany, and Belgiumwill put on shows of acrobatics and juggling, shows on stilts, contemporary dance, street performance, and a spectacular parade which will take place on Saturday, the 13thof July, on Vicotry Avenue, starting from George Enescu Square up to Queen Elisabeth Boulevard.

One of the festival highlights, the Zéro Degréshow from Franceis the first ever free-runningperformanceincluded in the FITSB agenda. Derived from the “parkour” acrobatic movement, the free-running technique is the art of fluid movement in the urban environment, More than four hundred international artists will come to Bucharest between the 13th of July and the 5th of August for the 10th edition of Bucharest International Street Theater Festival – B-Fit in the Street! organized by the City Hall of Bucharest via ARCUB. The anniversary edition of the festival puts forth a program which is more eclectic and dynamic than ever; in 2018 it celebrates ten years of existence as well as the Centenary of the Great Union with the largest selection of Romanian productions ever.